|In The Clubhouse
|By Steve Reynolds

Well, golf’s Major season has come to an end.  Sure, we have the “playoffs”, but, meh.  So, with all of that great golf behind us, let’s review the eight most hated players on the PGA tour and the ridiculous reasons we hate them.

Where do we start with this guy?  First off, anyone who can hit the ball 4 football fields should have WAY more majors.  That’s not enough?  Ok, maybe if he spent more time golfing than “night putting” with his crazy hot wife, he’d have a bit more success in the big events.  If nothing else, maybe it’s his nickname.  If you’ve ever seen him interviewed it might as well stand for Dull Jock.

Does this guy even like golf?!?  I honestly feel like he was just half a step too slow for his favorite sports so he “settled” for being a Major winning machine.  Oh, and he’s ripped.  Case closed. Plus he is a baby about slow play and how a 5-hour round is annoying.

Let’s face it, Rickie is hateable because he seems so damn likable.  He seems like a great guy, and we all root for him year after year.  Also, most of us are getting pretty tired of predicting “its Rickie’s year” and being wrong.  If that’s not enough, he is engaged to an internet meme famous for being stunning and handling a gigantic pole (Google all of that if needed).

Not a damned thing.  These men are saints, and if I hear one disparaging remark in reference to any one of them I won’t be held accountable for my actions.

Maybe these aren’t the most hated players on the PGA tour for the right reasons but they are our reasons and we aren’t changing them. 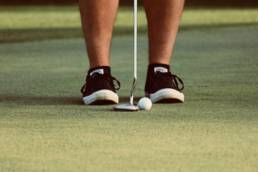 Practicing Putting and Why I Hate It 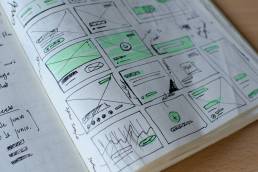 The “Great” Ideas Formed on the Golf Course