|In Q&A
|By Layne Gustafson

Of the six million women playing golf in the United States, many dream of playing golf for a living. How hard is it to become a professional golfer on the LPGA Tour? Find out by joining Alyson Johnson and Adam Grubb as they sit down with LPGA Tour player and inspiration in ladies’ golf, Shasta Averyhardt for our first episode of The Business of Golf!

Alyson Johnson: Let me give you some stats on the Symetra Tour which is the road to the LPGA. There are 350 players from 45 countries that are competing for only 10 spots on the LPGA. So let’s dig a little bit deeper today with a player on the Symetra and the LPGA Tour, Shasta Averyhardt.

Shasta started playing golf at age seven. Coming from Flint Michigan, she competed at a junior level, winning multiple titles, and going on to play collegiate golf at Jackson State University, where she studied business with a concentration in accounting. While at Jackson State, Shasta won nine collegiate golf tournaments including four individual SWC conference championships, setting a conference record of six under par.

She went on to earn her LPGA Tour card while shooting a 69 in qualifying rounds with tremendous playing. She earned that card, becoming the fourth African-American woman to earn LPGA Tour status. During her professional career, she’s won four mini tour events along with qualifying for the U.S. Women’s Open and has spent some time competing both on the Symetra Tour and the LPGA Tour where she won the 2012 LPGA Symetra Tour Rising Star Award. Shasta thank you so much for being here.

AJ: The perception of playing professional golf is really that it’s all glamour and it’s a lot of fun. Tell us what it’s really like to try to make it on the women’s circuit.

Sasha Averyhardt: I feel as though if you’re a phenom coming out of college, life’s going to be a little easier for you. You’re going to get the sponsors rather quickly, the travel is going to be a little bit more luxurious in my opinion at least. But if you’re just a good golfer coming out of college and you want to turn pro, you’ve got to find sponsors. If you don’t have family backing, that process is pretty tedious. I was fortunate enough to find a 501-C3 that was onboard after I graduated.

I’m not going to stay in a one or two star hotel just for safety reasons, being a woman. But I know that I wasn’t going to be able to go stay at the J.W. or the higher end hotels. I would just keep it at two and a half-three stars and just try to minimize that budget because you want to profit. You have to pay for a caddie, a rental car, or you pay for a flight depending on which tour you’re on. On the Symetra Tour, most of the time you drive to your tournaments because they try to geographically make it make sense for us.

But with the LPGA, you’re booking flights every week you’re not going to be on the road with your car. So I’ve done both and I tell you, it can be exhausting after like week three of doing the same thing over and over again.

AJ: I think every woman who either plays golf or works in the sport has had their own experiences with feeling a little less than wanted at some places. With your background, you’ve really become a spokeswoman in the interviews that I’ve seen with you where you’re talking about how important representation is. What do you think golf can do to genuinely become more welcoming to black women and girls?

SA: The LPGA tour has taken a lot of steps to make sure that they understand what kind of players they have on tour and acknowledging us and really understanding  that we’re going to be who we who we are and that we don’t feel as though we have to change our personalities or our appearance to be able to blend in with everybody.

We got together last year in the wake of the George Floyd incident; all the black girls on tour, and we just kind of embraced each other. We’re really upset with the circumstances and we just started talking about our experiences on tour and I was just shocked at some of the experiences that some of these players had that they just never spoke up about.

It was a lot of microaggressions and that was something that you think that, “oh it’s not a big deal” but over time, it is a big deal because it makes you feel like you’re not being seen and you’re not heard and no one understands you and that you’re supposed to just laugh off a joke.

So when we got together we were like, let’s talk to the LPGA Tour. So we reached out and were like, can we have a call? Can we just share our experiences that we’ve kind of just been able to bottle up inside? We feel like this is a time to do it now. Everyone’s now listening and they’re realizing, we’ve definitely ignored all of these circumstances up until this point. So once we got together and we started having a couple of calls, they were in shock but they were more so like, how can we make a difference? We want your voices to be heard, we want you to be seen, we want people to know that you are on tour.

AJ: One of the things that I’m starting to see on the women’s side for example, on the women’s all pro tour which is kind of one of the feeder systems into the Symetra Tour, just announced a new fall event called the Orca Women’s Match Play Championship presented by PXG.

One of the things that they’re doing that I think is really incredible is what they call a celebration of women’s initiatives including programming by generation W and you’re starting to see this shift to people focusing on the whole athlete instead of just the golf aspects. You talk about how you know these women coming to you, talking about college and with that’s like and some other experiences and you’re doing some tremendous work.

For example, you just held a Trailblazers event to really showcase not only the golf side of these women that you’re partnering with but also talking about other things, mind and body, the fashion, business. Can you talk a little bit about what you’re doing off the course?

SA: I figured at this point now, it’s really nice for me to pivot into other areas within the golf industry and that’s definitely with inspiring and motivating other young ladies to get involved with the game and so a group of us got together and we decided that we were going to create a virtual golf and lifestyle classic. Because of Covid, we really wanted to have a tournament but we just were not able to do that that quickly and we wanted people to be safe but still get somewhat of a golf experience.

We got together and we’re thinking, “Okay, we’re going to do this online forum.” How is it gonna be structured? What is the basis of why we’re doing this? We decided on the date of February 23, that we were going to have women’s empowerment, alongside diversity, because Black History Month and then Women’s History Month.

That was the platform we wanted to use, now how do we get all of this together? So we decided we’re gonna do panels. We were all on calls every week discussing, you’re pretty knowledgeable at this. Are you willing to be on this panel? Okay, cool. You’re totally into fashion, this is right up your alley, you’re going to be a fashion panel. We’re all trying to figure out what we are good at.

I reached out to a couple of golf companies to get involved with Trailblazers to let them know that I think this is the time for you to really get involved with women’s golf and understand that we buy golf clubs too, we are consumers too. So if you’re going to go that direction with the numbers, we’re gonna be able to provide those numbers too so that’s no longer an excuse.

The big thing I’m realizing is don’t accept excuses from people or companies. It doesn’t matter anymore. It’s about basically growing the game. You hear these companies talk about growing the game and there are opportunities like Trailblazers, an event to really grow the game. We want to see, are you getting on board or are you just talking just to talk.

Listen to the full interview to hear more about how Shasta has been creating opportunities for lady golfers everywhere!

Key Takeaway: Don’t accept any excuses when it comes to growing the game that we all love.

Layne Gustafson is a self-described golf fanatic from Green Bay, Wis. He’s been working in the golf industry since 2014, including at Blackwolf Run and Whistling Straits. He hovers between a single- and double-digit handicap is always working on improving.

The “Great” Ideas Formed on the Golf Course 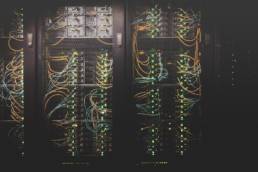