Last weekend, Stick & Hack was given their first media credential to the U.S. Open. Our very own Hack, Adam Grubb, was given the chance to chat with Rich Beem, former pro-golfer-turned-broadcaster of Sky Sports.

The following excerpt has been edited for space. Check out the rest of this special, exclusive interview here.

Adam Grubb: We’re at the 121st U.S. Open, there isn’t anything more amazing than being at a major golf tournament for most people. You have played in them, you broadcast them, and you’re at tournaments every single weekend. Does the itch still get you? Do you still enjoy the buzz and the feeling?

Rich Beem: You know, not as much as I probably did when I was a player. It’s a different vibe now. It’s certainly a lot more relaxed than it ever was as a player because you just, it’s almost simpler because you don’t have too many things to do, like when I’m playing.

I still play the PGA every once in a while. I don’t feel like I have enough time to prepare. It’s just, it’s really weird or interesting. It’s just like, if, if I get there on a Monday, like Thursday comes way too quickly as a commentator. It’s like, come on. Let’s get this thing over with, right? So it’s a different vibe altogether.

Adam Grubb: You have had a very interesting career, both, playing golf and your post-golf career broadcast. You are the voice of a video game, you are the voice on the course, reporting for Sky Sports. Do you love broadcasting? Did it just kind of fall into your lap?

Rich Beem: I always enjoyed, as a kid, watching the CBS broadcast. I thought, what a cool job,  what a cool thing to do. And in 2012, when things weren’t going very well, I actually approached who my boss is now, Jason Wesley, at Sky Sports after missing another cut on the European Tour, which I was playing. I thought, I kind of am seeing the writing.

I didn’t want to be out there struggling weekend and week out, putting the time and effort and energy and, and getting nothing out of it. And so I decided that I’m going to see what I can find. And it took me a little while. I didn’t quite get into it right away. I contacted Golf Channel, worked for them for a couple of years, which worked out great.

But then I got the phone call at the end of 2014 to go work for Sky Sports, and it was a huge opportunity for me. I found a family now with Sky Sports. It’s blossomed into this world where I don’t want to quit. I don’t ever want to leave Sky Sports. I want to continue working for them for as long as I possibly can, because we have such a good team.

Adam Grubb: Do you miss the action? That weekend or week out grind, and the action of a tournament, the cuts and all of that stuff? How do you see golf today?

You can’t hide, you know, you can’t hide from any of that. You, you have to sit there and own it. This is, you know, what I do, playing golf is what you do. You know, as far as the commentary part of it, it’s a lot easier on me, mentally and physiologically. Mentally, it’s still a grind. You know, once you get into the TV, you’ve gotta be spot on because if you don’t, you’re going to get called out by folks that have some experts on Twitter.

Listen to the rest of Adam and Rich’s interview here to get the full scoop on broadcasting for the Open and more, including Rich’s video game. 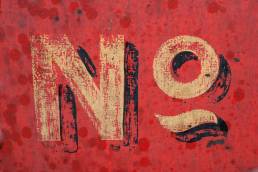 The simplest way to describe ABC's new putt putt show, Holey Moley is simply - not good. That is the most understated and yet accurate portrayal of…

On the latest episode of the Stick and Hack Show, golfer and PGA pro Steve Scott chats with Mike and Adam about his new book about his experience at…