Winter Golf and Playing the Game

|In The Clubhouse
|By Ben Goren

Anyone who lives north of the Mason-Dixon line is familiar, at least in theory, with the concept of snow golf. While those blessed to live in temperate climates gear up to face the elements in February by wearing a sweater, those of us who have familiarity with snow blowers head to the course aided by parkas, hats, thick gloves, thermal underwear, and snow boots.

I have made a trek like this once before. I will not lie to you, reader, it is very much not the experience for me. My favorite winter activity on the best of days, with sun beaming down and the wind only a faint tickle on the neck, is to stay as inside as humanly possible and drink a hot chocolate. Strapping up in military grade tactical heat gear in order to whack a golf ball around did not gel with my sensibilities. I returned home colder than any human has ever been, sour, and feeling like I had emerged from the outing significantly worse at golf than when I began.

But that doesn’t say nearly as much about the experience of winter golf as it says about me and my relationship to the game that I’ve sunk god-knows how many hours into over the past decade and change.

For me, the winter months of the golf calendar aren’t what a regular person would call fun. My worst fear, a fear I relive every winter, is emerging from winter break with my meager skills completely gone. Then I’ll spend all of April and May desperately hacking it around trying to find anything in my swing, I’ll figure it out a little bit around late June or July, I’ll be pretty good for a month and a half, and then it will be fall again in Chicago and the offseason starts and the cycle begins anew.

If you’re reading that and thinking “wow that sounds awful,” you’re correct, and you’re far more well adjusted than I.

There are ultimately two ways to be a golfer. The first is like me, treating it as a game to be beaten. It’s a sequence of images and numbers that you need to beat into submission. The joy is in the struggle, in doing whatever you can to get better and in avoiding anything that can drill in bad habits.

The other way, the way that those snow golfers know well, is treating it as, well, a game. The joy is in the doing. Whether that’s playing a casual 18 at your local muni in basketball shorts and sipping on a few too many beers, a lazy afternoon spent at the range with a buddy, or on the frozen tundra with a bright yellow ball to stand out against the snow, what matters most is that you’re out there, doing what you love.

Through that frame of reference, it’s snow golf that’s the purer form of the game. Pushing yourself to don the snowpants and get to the course through the wind and cold shows a dedication that only those entirely committed to the sport can muster. The enjoyment of the experience can’t be tethered to what you score or how you play. No one is shooting a 66 in sub-freezing weather. It’s in being there, being in the moment, and stretching the season another day longer.

Now if you’ll excuse me, there’s a cup of hot cocoa and a compilation of slow motion videos of my take away with my name on it. 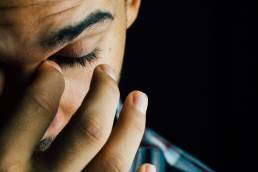 Five Ways to Break a Slump in Your Golf Game 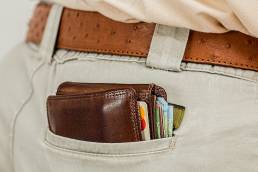