As the Ryder Cup approaches, I’m certain you’ve been asking yourself how athletes should mentally prepare for match play as opposed to traditional play. Luckily, you’ve come to the right place. Arguments could be made that you shouldn’t play any differently and that you should prepare exactly the same as you do for anything else. The argument I’m going to make is that match play requires a shift in mentality that, if not done intentionally and with care, can backfire and cause silly mistakes that can sabotage the whole round(s).

Before I tell you more about ideal match play mentality, let’s briefly take a walk through other formats and look at idea general mental strategies to help us understand the similarities and differences.

In a traditional golf tournament or a weekend round, we’re looking ahead to 18 single hole scores that lead to a cumulative overall score. Bogeys and birdies can balance out the overall score. We need to stay focused shot by shot and be able to sustain our mental and physical stamina. We have to be able to return to neutral after each shot and, in an ideal world, not be overly aware of the accruing score. We should only focus on our game with very little attendance to what anyone around us is doing. Play our own game, shot by shot, hole by hole.

In a scramble, we can take more risks. Obviously a scramble format is more common in charity games where there’s usually little more than pride and bragging rights on the line. We can focus on each shot as it stands without excess pressure on setting ourselves up for the next shot well. We should focus on teamwork and adjusting our strategy based on the shots of the person shooting before us and based on the relative strengths and weaknesses of everyone in our foursome.

When it comes to match play, that’s a whole new type of mind game. In some ways it should be the most freeing. It should be the type of golf that allows us to move on the easiest from however we played the previous hole. However, it’s also the most likely to cause us to overthink and make poor judgments. Long gone are the days of making up a stroke or two through the back nine. The pressure shifts to a focus on winning each hole. And with each hole you lose, the pressure builds to win the next…and the next… This means our focus must be on centering ourselves for the hole we’re on. Focusing on the 2-5 (or 7 if you’re out playing nine with me) shots we’re about to hit as if they were the only shots of the day. Viewing each hole as if it is a separate round of golf while being undeterred by our opponent with whom we are in direct competition with.

No matter what type of golf you’re playing, you need to be in the right headspace. It’s all about considering the context within which you are performing and adapting your performance to that context. What we should see with the pros in the Ryder Cup is the ability to play each hole like its own round of golf. Pausing and resetting between holes. Returning to a neutral space and keeping their cool regardless of which side the tally lands on each hole. It’s a tall order to shake off the habits and routines of traditional play but with intentionality, this transition can be as seamless as well laid sod. 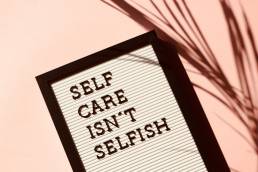 Happy Mental Health Awareness Month! I’m taking a page out of the MythBusters TV show and am about to drop some knowledge on you to “uncover the… 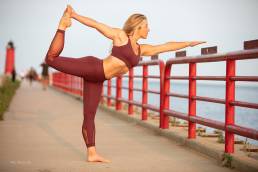 All Play, No Workout?

Here in Wisconsin, the snow is melting and it’s finally starting to warm up. And, while those of us in the cold-weather states know that there’s… 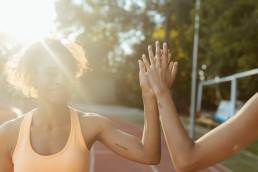 Have you ever been so distracted by everything going on in your head that you put your keys in the fridge or the milk in the cupboard? Ever left home…