|In Member Stories, The Range
|By Ashley Guenin

Editor’s Note: This story was submitted by Stick & Hack member Lisa Morrissett. If you have a story you want to share with the community, email us at info@stickandhack.com.

Earlier in the summer, I decided to try and qualify for this summer’s USGA Women’s Senior Amateur national championship, but had a conflict with my closest qualifying site. I had to venture out of my comfort zone (and out of state) to try and play my way to Point Clear, Alabama. One unlikely site on the list stood out as the clear cosmic choice for me: the Mississippi River town of Quincy, Illinois.

For many junior golfers, Quincy is the place where they played in their very first national tournament: the Little People’s Golf Championships. It was the same for me in 1982, and I actually saved the bag tag to prove it. I remember Dad driving me due west from Indianapolis on US 36 for what seemed like days (because: no interstate) and letting me drive a little with my newly-acquired learner’s permit.

I have no recall of what I shot or where I finished (surely I got thrashed), but I do know I was hooked on competing against the best. So much so that I signed up for the North & South Junior and the USGA Girls Junior where I was placed on the waiting list (this was in the days before the Girls Junior needed sectional qualifying). It was in Pinehurst that we got the call that I was in the field if I could find my way from the North Carolina Sandhills to Greeley, Colorado. We had no idea of how I’d get there, but, hell yes I’ll be there! I got on a plane (by myself!) and this 15-year-old was in her very first USGA Championship. Side note: because I was a last-minute alternate, pairings had already been made and I was playing with (gulp) Danielle Ammaccapane, one of the top juniors in the world – and future LPGA star. My ball may or may not have gone sideways that week, but I had my first coveted players badge and that was the beginning of the Luigs’ family love for USGA championships.

Fast forward to this summer: I arrived a few days early and found Quincy Country Club to be an all-around gem of a facility; but the practice range is tiny and doesn’t allow for more than 150-yard shots, so I was directed to a nearby range. I arrived at the Knights of Columbus Driving Range and Par-3, a place where the concession stand was a Pepsi vending machine, you put your ball in the corkscrew rack to secure your place in line, and retirees sold buckets of practice balls out of a tiny shack for $7 – no cards accepted, only cash or check. The place had stadium lights all around it: my perfect version of “Friday Night Lights.” Sponsor boards lined the facility, including one that stated “Abortion Stops a Beating Heart.” So does a snap hook onto the busy street parallel to the range.

It seemed I’d missed the memo of “jeans required” to practice here, but no one called me out on it; so, crisis averted. By far the best outfit was the little girl with a long ponytail wearing pink shorts, a unicorn t-shirt, long pink socks, rainbow shoelaces, sparkly visor, and carrying a purple bag. Fashion goals. I’m sure she’s already a veteran of the Little People’s and maybe one day she’ll play in a USGA event. I sure hope so.

Qualifying day for me was a mixed bag: 7 players for 1 spot, and I finished second. I got beat by a player who’d just competed in the USGA Senior Women’s Open the previous week, so I didn’t feel too terrible about being a first alternate.

Although disappointed that I didn’t qualify, I drove the 5 hours back home to Indy satisfied that I had prepared to the best of my ability (especially with quality time spent at the K of C range) and I’m now even more energized to try again next year.

The following is a true story from Stick and Hack member #284, Tim Gerking: I was lucky enough to get in on the ground floor with Softspikes in late… 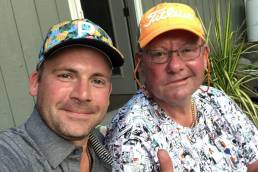 Here at Stick and Hack, our members make us who we are. You’re a unique bunch, we’ll give you that … and each of you has a great story. This is the… 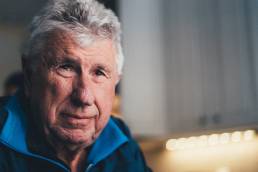 Member Story: A Hole in One that Annoyed Me

Once upon a time, I was a club manager and I answered the phone in the bar.  A very excited member was on the line expressing his enjoyment, as he…