After our first summer hiatus, the Stick & Hack Show is back for season four with a very special guest, American professional golfer Mark O’Meara. Check out this brand new episode to watch the guys discuss Mark’s many Ryder Cups, how he got into golf, the World Golf Hall of Fame, and more.

The following excerpt has been edited for space. Check out the rest of this special, exclusive interview here.

Stick & Hack: Mark, and in the past, when we’ve read our guests bios and their accomplishments, they have a sly grin on their face because they’ve forgotten most of the things that they’ve accomplished in their career. Is that the case with you? Is it cool to hear it again, as I went through that list?

Mark O’Meara: You know, I think it is Adam. I certainly realized that, now at 64 years of age- playing professional golf for 41- sometimes we don’t take accountability of what’s transpired in our life. And it’s flattering, it’s humbling, to hear you speak of some of the things that have happened in my life.

S&H: Back in 1998, was somebody’s age on tour, specifically when they won, as big of a deal as it is today?

Mark O’Meara: Well, I think that the younger generation have come along way and are so much more mature at an earlier age.

A lot of times players felt like they hadn’t reached their peak or their prime until their early to mid thirties. Nowadays, we’re watching these young players at 20 winning, winning kind of easily, and expecting themselves to win.

S&H: You would think that at 41 back in the day, that was okay. He’s 41 years old. Who cares? Today, if you’re 41 winning a Major, it’s news for a week and a half. And they’re calling the home to make sure that you don’t need to be back in time. Right? I mean, that’s a very different landscape in today’s golf.

Mark O’Meara: Yeah, all it is. That’s why the accomplishment that Phil Mickelson did this year, winning the PGA championship at close to 51 years of age was incredible. But once again, you take a look and the game has certainly changed, but the one thing that hasn’t changed is the golf ball doesn’t know how old you are.

S&H: We like to get the behind the scenes takes on many things in golf- so let’s talk about the World Golf Hall of Fame for a second. Can you walk us through your process for evaluating players that do fit the criteria and making selections on who to nominate?

Mark O’Meara: They kind of overhauled the whole Hall of Fame selection committee and the ideas of how an individual is going to get into the World Golf Hall of Fame after the 2013 Hall of Fame class.

I think it’s wise because the members that are in the Hall of Fame have. My process would be, they send us a bunch of information on a possible candidate. And when you look at it, at least the male side- I mean the female side was always difficult. I had to have like 20 wins, multiple Major championships. I mean, it was tough. So now I think we look at, we put the Majors in high regard. Having a Major championship win is very, very important.

It’s not easy to narrow it down to specific players. But I think over time there’s so many players that, I believe in my heart, should be in the Hall of Fame right now. And they’re not.

S&H: You were a member of two of the most memorable Ryder Cup teams in history with the War on the Shore ‘91 and the miracle at Brookline in ‘99. I’m sure every minute of those days are etched in your memory. Can you take us back there, and what that experience was like and what you remember about it?

In ‘91 at Kiawah and then ‘99 at Brookline, the media got behind it big time. Some of the Europeans were so passionate on their side. And me, I’m just trying not to get in the way. We beat them like six and five or something like that on an alternate shot. And I just remember that Zinger was just so fired up and so jacked and we watched what happened.

It came down to the last putt in the last group on the last hole to decide that Ryder cup in ‘91. It was Bernard Langer, and he stood over a six foot putt that, if he makes it, they win the Ryder Cup. If he misses it, the United States wins the Ryder Cup. I’m friends with Bernard Langer and I respect him tremendously. I just don’t know that anybody should have to have that pressure put on themselves and there he was, and unfortunately, he missed it. It was fortunate for our side because we won and I was happy, but I was also like, wow. That’s a brutal way to end it.

Adam Grubb: As a competitor, you were able to put yourself in his shoes instantly. That’s crazy.

Mark O’Meara: Golf is a very fickle, funny game. It’s not always about winning. But it’s kind of about how you conduct yourself out on the course. And if you give it your best, and give it all you got, sometimes you’re going to lose and that’s just part of the game. In fact, we lose a lot and so, you know, just take the experience and go.

And give it your best effort. That’s all you can do out there on the course.

Listen to the rest of the episode here, and get a peak into which famous Mark’s the guys would or wouldn’t want in their foursome. 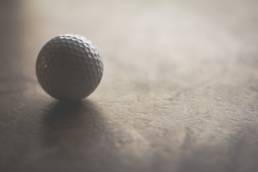 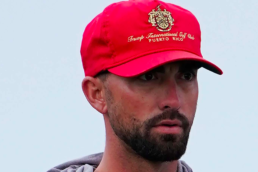 Just when you think you are the worst golfer on the planet, this happens. A "pro" apparently got disgusted with his play in a qualifier and lost his… 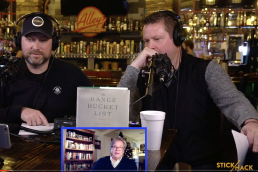 Do you know who shot the greatest round of golf in competition ever? Ever swear at Arnold Palmer’s wife on the phone and hang up on her? Have you…