A Hero for the Olympics?

Once athletes reach a certain gold standard, their every move is examined, their failures are analyzed to the tiniest degree and their successes can carry the dreams of a nation.

Hideki Matsuyama has entered this realm.

When the Japanese star won the Masters earlier this month, he was assured of a next-level kind of hero worship in golf-crazy Japan.

It’s not like Matsuyama showed up in Augusta as an unknown. He is and has been a world-class golfer and a PGA Tour winner, and he already was a superstar in his home country. He had no major wins, however, and the fact that his Augusta victory made him the first Japanese male to win one of those elite events added glamor and shine to the day.

It was a banner moment for both the man and the country.

The Japanese media covers its sports stars with all the subtlety of wolves swarming a bison carcass. A pack constantly follows the exploits of Matsuyama (although COVID has trimmed its numbers), and he seems to handle the pressures of that smoothly.

Matsuyama navigates American golf with a sense of respect for both the history of the game and the Japanese players who have competed on the tour before him. He answers media questions with the assistance of an translator, but friends and competitors say he speaks English better than the casual viewer might imagine. He simply isn’t comfortable enough with the second language to address the world with it.

Whatever the language, Matsuyama is likely to do a lot more talking over the next several months. The Masters title makes that a certainty. Endorsement opportunities probably will roll in like a raging river. And the timing – for Matsuyama and Japan – couldn’t be better.

Tokyo will host the delayed Olympics this summer, and Matsuyama will be at the center of the celebrations – however muted, because of the virus — of the world’s biggest sports extravaganza. Olympic golf is scheduled at Kasumigaseki Country Club in Saitama July 29-Aug. 1. Japan will expect a gold medal from its superstar.

There are certain to be many candidates for what is a truly special honor, but it’s easy to envision Matsuyama – as the sort of sports hero Japan adores — putting the torch to the Olympic flame.

Matsuyama is scheduled to return to the U.S. tour for the Wells Fargo Championship in Charlotte, N.C. May 6-9. His gallery there is likely to be a bit more crowded than for the normal tournament. 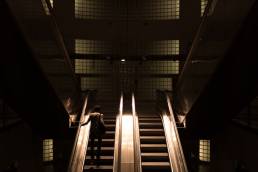 Even a Hero’s Tale Can Be Related Back to Golf