I’ve been holding my cell phone tightly and breathlessly, waiting for the call. I never leave it. Not even to shower.

Not the call I was expecting. It’s Ginger wanting to sell me an automobile warranty. Ginger sounds nice and I’m thankful for the opportunity, but she doesn’t respond when I ask her to dinner, so she must be a recording. Just a big pre-recorded flirt.

It’s more disappointment. It wasn’t United States Ryder Cup captain Steve Stricker. I’ve been anticipating his call for weeks. Looks like I won’t be on the U.S. team. Again. My streak of non-Ryder Cup appearances continues.

Steve apparently isn’t aware that I’ve upped my game considerably since the last Cup. Actually have had several  rounds in the 80s recently. I’m guessing that no one already certified for the Ryder Cup team can say that.

Steve clearly does not know that I have extensive Ryder Cup experience. I covered the 1991 Cup at Kiawah Island, S.C., and I might have moved a tiny bit near the 18th green as  Bernhard Langer missed the short, curling putt that handed the Cup to the Americans. I don’t want to take any credit, but just sayin’.

When the U.S. team jumped into the nearby Atlantic Ocean for a wild celebration, I was hit with some of the spray.

It was a magic moment, and I would think Steve would remember. I know he’s a busy guy, but now he has Phil Mickelson and Fred Couples on board as Ryder Cup assistants, so some of the heavy lifting is being done by other folks. Phil can take care of Ryder Cup details while plotting his next television spectacular.

I have nodded off to sleep night after night imagining myself dressed in the colors of the American team and walking up the 18th fairway to the cheers of the gathered throng. Then I wake up to discover that the design of the team shirts is something out of The Walking Dead, which is sort of similar to many Ryder Cup fashions. But, Steve, I’d wear them anyway. XL, if you need to know.

Maybe I can be a very alternate alternate. That thing they call the Covid is still making the rounds, you know. If you lose some players to quarantine, you might be hurting. Best to be prepared for every possibility.

I’ve always wanted to play at Whistling Straits. The course looks great in the golf magazines, and the name is its own attraction. I don’t necessarily need a practice round. My game typically is on the same level regardless of practice.

Pressure? Not to worry. I can handle it. Been meeting deadlines for years. And I do have some history in high-level competition. Finished third in the state in bowling as a 12-year-old. And didn’t lose any balls.

So I’m going by the phone shop to be sure I’m able to receive calls from anywhere. Maybe that’s the issue. Steve apparently has blocked my calls, but I didn’t think the reverse would happen. 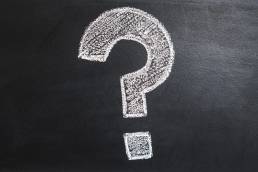 What’s the longest anyone has carried a towel on a golf bag without cleaning it? Has anyone ever actually obeyed – precisely obeyed – the 90-degree… 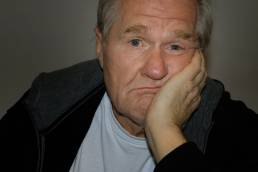 Most recreational golfers have a golf hero they like to emulate. Some want to send drives far out of sight like Bryson DeChambeau. Some want to hole… 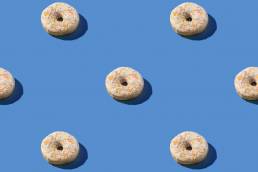 Tony Kornheiser is well known to many sports fans as co-host of Pardon The Interruption, an ESPN program that features the former sports writer and…