Golf With The Big Three

|In The Clubhouse
|By Bud Copeland

Variety is the spice of life or so the saying goes. Translated to sports speak, that’s cross-training. It’s the theory of playing or exercising through multiple sports in order to improve overall performance, and it helps avoid burnout.

Benefits of cross-training include increased stamina, more flexibility, better body awareness, and improved coordination. There’s also the mental advantage of working your body physically while being able to focus on something other than the primary sport. It’s an escape.

Larry Fitzgerald does spin class. Rory McIlroy plays tennis, and Indy Car driver Tony Kanaan runs triathlons. 1980’s NFL running back Hershel Walker once spent an offseason dancing with the Fort Worth Ballet. He has trained in martial arts his entire life and was a member of the 1992 United States bobsled team.

But no one had a better cross-training run than baseball’s Atlanta Braves Big Three from 1993-1999.

In that timespan, John Smoltz, Tom Glavine, and Greg Maddux anchored a pitching rotation that led to some staggering results: six National League Division Titles (would’ve been seven if not for the strike-shortened 1994 season); 5 Cy Young Awards (each earning at least one); and 3 trips to the World Series including a 1995 Championship. Collectively, The Big Three won more than 50% of their 661 starts and maintained a 2.92 earned run average.

How’d they keep it up? Golf.

Glavine and Smoltz were already in the Braves rotation when the reigning Cy Young winner, Maddux, joined them in 1993. Greg brought his fondness for golf along with his merciless changeup to Atlanta, and it didn’t take long before the Big Three were also anchoring daily tee times across the country.

It goes that Smoltz was the ringleader. His outgoing, gregarious personality made him the perfect frontman for this band of hurlers. He had no problem making calls, arranging cars, and occasionally asking for a favor. Maddux and Glavine both admit that had it not been for John’s obsession with the game, they may not have ended up playing roughly 70 of the top 100 courses in the country including Shinnecock, Oakmont, Winged Foot, and Augusta National.

Whether on the road or at home, John would deliver the details to the others during their pitchers’ meetings. They had a five-man rotation, and whoever was pitching on any particular day stayed back while the others played on. It was a consistent, simple getaway that kept the players active, mentally focused and gave them a forum outside their regular environment to let their hair down and talk shop. Smoltz described their golfing rounds much like players would retell chalk-talks or a good skull session. They compared notes about batters, pitches, or anything else that would make each other better on the bump.

Spring Training was an extra special time for the group. Their manager, Bobby Cox, placed a premium on work/life balance. When it was time to work, they pitched, hit, fielded, and threw. When work was over, he encouraged his players to go do things they loved to stay loose in preparation for the upcoming season. He knew that happy players make a successful team.

During Spring Training, non-pitchers like third-basemen Chipper Jones and catcher Greg Olsen had more days off than they do during the regular season, and they would fill out the foursome occasionally. Cox trusted his players so much that he once allowed The Big Three to helicopter back and forth between Spring Training and a celebrity tournament being played a few hours away from their Orlando, Florida compound. Fun fact, it was Greg Maddux’s first time in a helicopter.

Golf even found its way on the field once when Tiger Woods stopped by for batting practice. The more time passes, the more stories emerge to highlight how important golf’s yin was to the yang of pitching for those Braves during that stretch.

As with all good things, so too ended the Big Three’s streak off the field and on the course. In 2000, Smoltz underwent Tommy John surgery sidelining him for a while. In 2002 Glavine left the Braves, and Greg Maddux departed in 2003. Smoltz spent a few seasons as a closer before returning to the rotation and leading the Braves to its last of eleven, straight, division titles in 2005, and the Braves wouldn’t return to the postseason until a Wild Card birth in 2010.

The Atlanta Braves started a new streak of Division Championships in 2018 and won their third, consecutive NL East Title in 2020; no word yet if the organization has turned to an old recipe while enjoying new success.

The beauty of cross-training with golf is that once the primary sport is over, golf can continue forever. The Big Three maintain single-digit or scratch handicaps to this day, and John Smoltz even qualified for the 2018 US Senior Open after winning a playoff in a qualifier. Smoltzy then enjoyed a few sponsor exemptions on the PGA Tour Champions hinting that it might not be the last time we see him compete on a professional level.

A self-taught stick with a hack brain, Bud grew up playing golf year-round in north Florida. Born-again New England, Bud learned what an “off-season” is. He now lives in Salem, MA with his wife, daughter, two cats, and dog, Miller. He is the sole Y chromosome in the house, believes we did land on the moon and strongly advocates for walk-up music on the first and eighteenth tees. 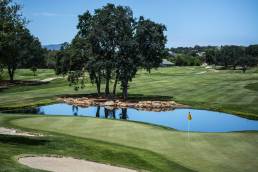 All the Small Things (We Love About Golf)

The Rise of Youth Golf 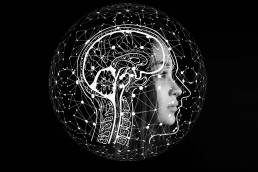 The Number One Sin of Golf is Thinking too Much