From One Sport to Another

The National Football League, that behemoth of American sports and kingpin of television ratings, is upon us again.

Whether it’s the personalities or the traditions or the on-field action or maybe those snazzy logos, the success story that is the NFL roars into another autumn with fans in 32 cities holding hopes – some not even close to realistic – that the Super Bowl trophy can come to their town.

The arrival of another NFL season brings reminders that some quarterbacks, receivers, kickers and even the occasional big-boy lineman are crossover artists of a sort. Many of them can shed shoulder pads, put on shirts without football logos and play golf at a level that occasionally matches the players who do it for a living.

It says something about the nature of golf that some professional football players can perform at reasonably high levels in the sport but the reverse is much more complicated and difficult – pro golfers almost never try to become tackles for the Steelers.

It’s possible to envision bulky Bryson DeChambeau or Jon Rahm and maybe a few other golfers transferring their physiques to games that are generally more hard-hitting, but why try that when it’s much safer to string together a smooth drive, a 6 iron to the green and a 10-foot putt to win a boatload of money? Would you rather run into an All Pro linebacker at full speed or fire an 8 iron onto a green at Augusta? Both are difficult, to be sure, but one seems much safer and less bloody than the other.

Fewer concussions, for sure.

One of the best athletes to transition between sports at major league levels was a woman named Babe. Babe Didrickson Zaharias, widely respected as one of the best athletes of all time, won Olympic gold medals in track, won dozens of pro golf tournaments and toyed with pitching baseballs. As a teenager, she was a basketball All-American. She was one of the founders of the LPGA and one of its first stars.

No football, but she probably could have given it a decent shot.

Zaharias was the sort of athlete who rarely backed down from a challenge, returning to play – and win – after cancer surgery. She died at 45 in 1956, still hoping to play one more round despite deteriorating health that ravaged her body.

It’s likely that more than a few NFL players will be watching the Ryder Cup and wishing they could wield clubs for their country in international competition. On the flip side, golfers could be forgiven for imagining themselves galloping across the frozen tundra at Lambeau Field.

For all concerned, though, it might be best for everybody to stay in their own playground. You might be the greatest at one sport, but you’re likely to be mediocre – at best — at others. Unless you’re Babe. 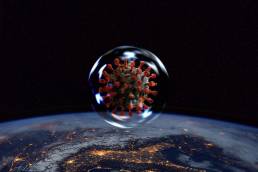 Discovering Golf: How COVID-19 Started My Love for the Sport

When the first COVID-19 quarantine struck, some people took up new and interesting hobbies. They enveloped themselves into the intricacies of baking… 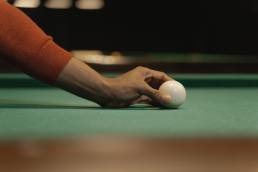 What do you think when you read the words ‘beach vacation’? Does it make you feel warm and relaxed? Maybe a little anticipation of a cold drink,…

GREENSBORO, N.C. – The sun beat down on Sedgefield Country Club Thursday, with temperatures roaring toward an afternoon high in the mid-90s. It…