Flip You For It

A little something per side to make things interesting. Closest to the pin or longest drive for bragging rights and a beer. Gamblers need action. Nassaus with multiple presses. Skins on every hole. Garbage (aka Trash) chock full of sandies, greenies, barkies and anything else they can think of. Wolf to turn friends into enemies. And then they’ll wash it all down with a highly competitive Round Robin (aka Sixes).

Like gamblers, whales also need action. But the difference is they have so much money, the action needs to involve nosebleed stakes just to get the juices flowing.

A round of golf for a Bentley? Yawn. Let’s play for a G5!

That brings us to now-deceased Australian media tycoon Kerry Packer. Pick up a visual dictionary and look up “high stakes gambler.” If Mr. Packer’s photograph isn’t beside that term than the book’s a cheap knock-off.

Packer’s wagering antics are legendary, bordering on the absurd.

For example, he famously played two entire multi-deck blackjack shoes at the Bellagio, betting $10,000 per hand, with all winnings going to the dealers as a tip. Somewhere in Europe, he won twenty baccarat hands in a row, betting $250K per. And during one intense twenty-hand blackjack session at the MGM Grand that had him on his feet the whole time, jumping back and forth between tables, he took the house for a whopping $33 million!

But perhaps the greatest Kerry Packer gambling story that I’ve ever heard took place on a golf course. Packer was part of a well-heeled foursome that cooked up a plethora of bets—enough action so that you’d need a blackboard to keep track of it all. But just a few holes into the round, one member of the group became impossibly whiney, complaining about something of little to no importance.

A man of zero tolerance, especially when it came to raining on his leisure time enjoyment, Packer casually asked the mouthy complainer what his net worth was.

“The full pull,” Packer said, or something to that effect. “From the stock in your portfolio to the cash in your accounts, to the clothes on your back.”

As the story goes, the complainer didn’t know who Packer was. Or at least, he didn’t know the depth of Packer’s fortune, estimated in the $6 to $10 billion range.

“$60 million, give or take,” said the complainer proudly, chest puffed for effect.

Packer frowned, rolled his eyes, and took a coin out of his pocket. “I’ll flip you for it,” Packer said as calmly as if he were ordering a soda.

“What are you talking about?” the complainer replied in confusion.

“I’ll flip this coin.” Packer showed the man it was a legitimate coin, with heads and tails. “Or any coin for that matter. If you win, I’ll double your entire worth. If I win, I get everything.”

The complainer didn’t know whether to be amused or concerned. “You’re kidding?” He turned to the other two golfers. “He’s kidding, right?”

The other two golfers were both well acquainted with Packer’s affinity for big money wagers, just as they were with his disdain for people that annoyed him.

“No, he’s dead serious,” they both indicated.

Packer smiled. “Ready? Call it in the air.”

Just as Packer was about to flip the coin, the complainer supposedly turned ghost white, followed by a shade of green that rivaled the lush fairway they were standing on. Without another word he turned and walked off the course.

When he was no longer in sight, Packer turned to his playing partners. “Was it something I said?”

RIP Kerry Packer. You will surely be missed! 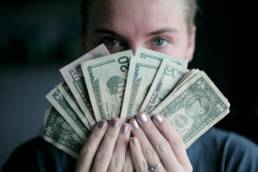 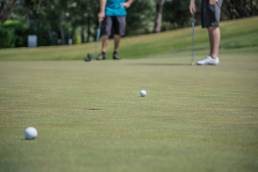 People You Don’t Want to Play Golf With 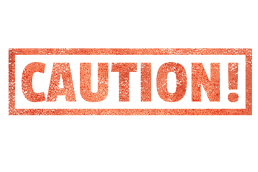 The World’s Most Dangerous Golf Courses