The Real Cost of Free

|In Columns, Diary of a Hack
|By Hack Mulligan

Nothing in life is free. This is something my father instilled into me at a young age, about the same time I started being able to ask for things. He would tell me that if something was free of cost, it was expensive in effort. When someone is trying to give you something free, all it means is they’re interested in something other than money.

Businesses like to try and advertise the idea of free; we see it in places like fast food punch cards where if you buy 10 drinks, your next one is free. I have one for the coffee place close to my work. People like to say things taste better when they’re free, but I can’t help but remember that I had to buy 10 $5.00 coffees before I could get to my free cup, and it suddenly tastes less free.

So when I and a couple of other dads from work were told there was a free entry for a Father’s Day Golf Tournament at the country club, I don’t know why I was expecting it to come without a cost. Our price for admission, as we would discover shortly after arrival, was the tournament was using auto-filled teams of 4, where random people were put on teams together depending on their party size “to ensure everyone that came can play”. Our random 4th, Eric, had two defining personality traits; one being that he was a member of this country club, and the other being that everything he said made me want golf to become a contact sport.

After listening to Eric’s PowerPoint-esk presentation on the course’s rich history and his sermon on private schools versus public schools for most of the game, he finally broke me on the 16th hole. My buddies had just got done watching me go through four swings and a bent golf club getting out of the sand trap and onto the green, so they elected to just give me the 5-footer and call it a day. Eric however decided to voice his concern on how he didn’t believe in ‘free shots’ and thought I should putt it out.

Not wanting to cheat Eric and look unappreciative for the “free round”, I took three putts to mercifully end the hole with a 9. Eric then let out a chuckle and told me he was just joking and wasn’t going to count all of those shots on the card and that those would be “freebies”. Despite the condescending tone, I appreciated the gesture and finished the round with a pep in my step and a smile on my face.

That was unfortunately short-lived.

After a quick tallying of the scores, I discovered he counted all of the putts, and the final scores put me three strokes behind Eric and dead last for the tournament. My freebie wasn’t free at all and a lesson I had learned years ago with the sandwich punch card, reared its ugly head again.

One of the workers approached me as I was loading my clubs into the car and informed me that there would be free refreshments for the players inside. So I went back inside, had a hot dog and a sprite, and ended up joining the club for $500 a month.

The everyday golf character that we are all at some point. This is the embodiment of annoyance, life frustrations, and a sub-par golf game. 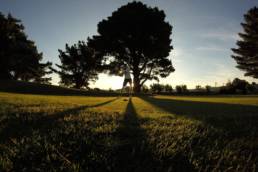 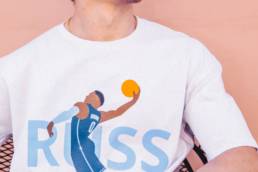 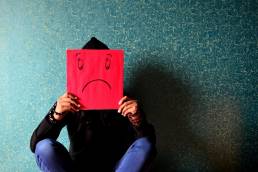 Golf Pros Get Real About Their Mental Health