Junior golf is a really important segment of the industry right now. We have about two and a half million to three million junior golfers that are playing in the United States with another 2.2 million who play exclusively off-course. This episode, We’re going to talk about how to best develop these young players clubs and equipment and competition opportunities.

Alyson Johnson: Tell us a little bit about what you’ve got going on (at US Kids Golf).

Dan Van Horn: I was a dad trying to bring his kid into the game, and did what everybody else does. I went into the pro shop, and the pro went to the back and got an 8 Iron, cut it down, and gripped it up with tape. Immediately, (My son and I) went to the range, gave it to him and I said, “do you want to go back?” I wanted to bring him into the game.

I was influenced by baseball bats and what was happening at the time and saw that the bats were starting to get lighter, metal bats were coming into the world of baseball, and so the light went off. I looked at the equipment, I saw how heavy it was, and thought, “how can a little kid swing something so heavy?” So that was the beginning of my need, and the beginning of U.S. Kids Golf. I thought, “what can I do to help my kids, and then if I’m able to help my kids, what can I do to help other people’s kids?” and it became a business.

Adam Grubb: When you started this, did you have the vision of a true dominant position in kids golf and in youth? Do you ever think about the amount of kids that you have gotten into golf and how you’ve helped shape the game just by simply creating a product that you needed at your time?

Dan Van Horn: I think any good company starts with a mission or purpose. I was influenced by writing down a mission that was clear, and so I felt like if I stayed within a clear mission to help kids have fun learning the game of golf and to encourage families to spend more time together, I felt like if I did that, I would be a success. I didn’t know really at the time how big we would become, but I felt like it was a mission worth following. Sometimes when I look at the impact that we’ve had at U.S. Kids Golf, it truly amazes me. Spending time watching you with your son or daughter out on the range, seeing you with the U.S. Kids Golf club, makes me feel fulfilled in the mission that we have. I think sometimes that companies can grow bigger than the original vision or purpose when you start. That kind of spirit that we’ve had at U.S. Kids Golf has enabled us to grow and to be all around the world, doing that all around the world. So it’s kind of grown into what it is because of the people who’ve been attached to the original mission.

Alyson Johnson: You talk a lot about family, that it’s not just about the youth athlete but about the whole family enjoying this experience, and I think that that’s a real differentiator (between you and other brands). I was wondering if you could talk a little bit about that?

Dan Van Horn: That’s really important- the issue of family is something that we all care about breaking down with time. As I’ve played a lot of golf in my life, I’ve noticed that golf could be a separator of families, but I also have seen it become a sport that can bring people together. With that in mind, I also noticed that for most of the time, it’s one parent in the family who’s really passionate about golf and bringing their kid into the game. In many cases that’s the dad because golf is an 85% male 15% female sport, but I wanted to  encourage that time. When I look out on what we’ve achieved, I feel like we’re providing tools and tournaments, even that encourage the parents to be able to help them in their effort to bring their kids into the game.

So, I do it because I think it is a necessity in bringing their kids to the game, I do it because I think it’s the right thing, I do it because I think that golf is a sport where you can really spend time together. So all those three things matter to me. So, having good equipment that allows the kid to want to go back is really important, having a tournament where the parents- instead of being put on the sideline- are allowed to caddy is really important, and then having programs developed. The parent is paying for it (clubs), the parent is the person bringing the kid to the course, the parent’s going to get in the car and say “well how did you like golf today?” and the parent is the person who’s teaching the kid on the range how to swing because you just can’t have the coach 24/7. So, educating the parent in the process of bringing their kids to the game is essential but it’s an often very overlooked part of the process.

Key takeaway: We may already know that one size does not fit all when it comes to golf clubs, but it’s especially for kids- and ensuring that young golfers can thoroughly enjoy the game is vital for growing it.

Watch the rest of the interview here to hear Dan discuss youth golf tournaments and other ways he is helping revolutionize the youth golf game. 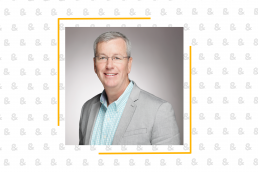 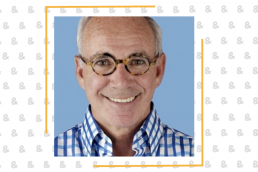 One of the more surprising conversations last year in the golf industry was about leggings and hoodies on the golf course. When it comes to fashion,… 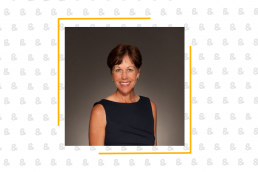 Each week, we discuss how money is made and spent in the golf industry. This episode, we’re going to talk about that, but also examine the…