Both Sticks and Hacks Can Get Behind The Lido

|In The Clubhouse
|By Ben Goren

I am the first to admit that The Golf Nerds can be a bit much.

When the literati of the golf world boldly stride into your social media timelines to bravely state for the thousandth time this month that parkland golf is bad, rough is the devil, and soft turf should be punishable by law, I sigh too.

They’re right, of course, but it is also annoying, in no small part due to their beefs being extremely unimportant when it comes to what’s really ailing golf (exclusivity, high cost, through-the-roof barrier to entry).

But when they get really excited about something, even the average joes should start perking up. Take the Ohoopee Match Club, which looks like a golfer’s paradise anyone who can swing a club can enjoy.

The latest fixation is no different. It, to me, is the most exciting thing to happen to the golf course world in an incredibly long time.

Sand Valley has been the apple in the eye of those in the know since it opened in 2017. The spiritual successor to the Bandon Dunes mecca in Oregon, Sand Valley is due to grow into a collection of awe-inspiring courses designed by the best in the world to be actually fun. The tee times aren’t cheap, but they’re far cheaper than upper Midwest competitors like Erin Hills, Whistling Straits, or Blackwolf Run. Part of that is a philosophy. Part of that is that Sand Valley is settled in sleepy Nekoosa, Wisconsin- isolated a full five hours north of Chicago.

That isolation is part of the appeal though. Only those really passionate about the game are going to trek to Nekoosa. It’s not the jet-set, only-here-for-the-clout customer base you get at a Whistling Straits or a Pebble Beach. It’s the boutique hotel to the Four Seasons of its competitors. Its two courses, Sand Valley and Mammoth Dunes, are neither the prettiest nor the hardest courses, but they are without a shadow of a doubt the most fun I’ve had on a golf course in the States (sorry, Prestwick still takes the cake).

All of this, though, feels like a preamble to their latest and greatest project. The Lido.

The course will be a recreation of the original Lido, which in its day was considered one of the best courses in the country. A C.B. Macdonald design, it sat right on the Long Island Channel. The course was one of the original man-made courses, with earth moved and shaped to fit the designer’s mind. Wide fairways, flat earth, water features, thoughtful bunkering, and those one-of-a-kind Macdonald greens combined to make a course that was thought to be unimmitatible. The course, when it was demolished during World War II, was thought to be lost to time.

That it is being brought back by an architect worthy of the task and an ownership group as passionate as they are experienced is nothing short of incredible. When the press release hit my inbox, I yelled “holy s**t!” to an empty apartment. I think it was an under-reaction.

You can see some renderings of both what the original course looked like and what the new product could be here. And even if C.B. Macdonald sounds brings to mind a children’s song than a golf designer, you can see why this course could be so incredible.

There are so many reasons to be so jazzed. Playing the course will hopefully be like being transported back in time, taking on one of the golden age gems. Close your eyes, and you could smell the brackish.

The course represents a new and better route for private club. The Keisers have been open about their desire to ship the European semi-private model to the states, where “private” clubs keep publicly available tee times. The Lido being a catalyst for that change would make the project worthwhile even if the course doesn’t meet expectations.

And if none of that works for you, the course is going to be freaking sick. Yes, the people who already have a bookcase of Macdonald literature are especially attuned to this news. But you, your cousin who golfs twice a year, and your club pro should all keep your eyes on what’s happening up in the sand dunes of central Wisconsin. What happens over the next 2.5 years could well change the face of golf in the United States. 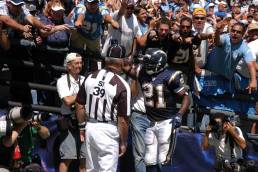 Lifetime Behind the Lens 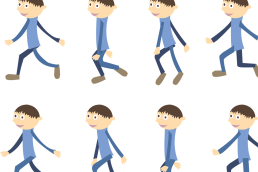 If Golfers Were Cartoon Characters