Augusta Prepares for Another 'Abnormal' Masters

AUGUSTA, Ga. – In a typical year around this time, Melissa Mundy would be consulting with a staff of 10 chefs and preparing elaborate dinner menus for hundreds of hungry guests.

To wildly understate the case, this is not a typical year. In Augusta, home of the Masters Tournament, one of the world’s biggest sports events, townsfolk are getting ready for a second straight sleepy Masters. After COVID postponed last year’s tournament from April to November and blocked spectator attendance, Augusta National Golf Club is preparing for golf’s marquee event April 8-11 with limited fan numbers.

Mundy and many other business people in and around Augusta feel the impact at its core – the bottom line.

Mundy is co-owner of Katerwerks Events and Hospitality, based near Augusta in Evans. She caters meals for large corporations during Masters week, producing about one-third of Katerwerks’ annual revenue, she said. Mundy lost that income last year and will lose the vast majority of it again this year.

“We’ll be catering for groups of four to eight people, where normally our smallest group would be 12 to 15 and up to 60,” she said. “Normally, we bring in eight to 10 chefs from all over the place to handle our Masters business. This year we’ll be able to deal with it with chefs on staff.”

Mundy’s story is far from isolated. As with many other cities that host major sports events, COVID restrictions have made major cuts in revenue streams. It’s particularly painful in Augusta, where the Masters is an income source for thousands, from restaurant wait staff to hotel workers to owners of a huge raft of businesses. Earlier than 5 a.m. on tournament days and long past twilight, shuttle vehicle drivers are ferrying tournament guests from the course to rental houses, favorite restaurants and nearby golf courses, where many visitors get in a round of golf before or after the day’s visit to Augusta National. This year, much of that activity will be stilled.

For many people in this Savannah River town, it isn’t spring until the first club is swung in anger at the Masters. The three biggest things in Augusta, an otherwise average small Southern town, are 1) the Masters, 2) anticipating the Masters and 3) remembering the Masters. Fourth might be the annual arts festival.

“One week out of the year, Augusta is energized in a way that’s different from the rest of the year,” said Penelope Ballas-Stewart, co-owner of Luigi’s restaurant, for 70 years a mainstay for Masters visitors. “It’s a finely-tuned machine as far as traffic, restaurants, events and a wonderful experience. I’ve been able to go to the tournament over the years, and to step through those gates, you feel like you’ve been transported somewhere else.”

Pre-Masters weeks have been relatively quiet for Ballas-Stewart, too. “Normally, I’m getting emails and phone calls left and right,” she said. “Now it’s a handful as opposed to dozens or hundreds. I don’t really know what to expect. Typically, we see golfers – Ben Crenshaw is a regular – come in, and club members get together and dine. It’s become a tradition to see certain people every year.”

They come to Luigi’s for Greek chicken and veal parmigiana and ravioli, but mostly they come for the familiarity and the good times – and fun people – they remember from previous years.

In April, Augusta has its week in the international sun. Like Super Bowl cities and Final Four towns and Las Vegas in the days of dynamite championship boxing matches, it’s a place stamped by an event.

“For any company that deals with anything surrounding the Masters, it’s definitely organized chaos,” Mundy said. “But it turns into a party atmosphere, a big celebration, a spring tradition. It was very strange last April when we didn’t have it.”

Many Augusta residents experience the Masters like the rest of the country – via television. Limited ticket availability – even in normal years – prevents many who otherwise would attend the event from enjoying things up close and personal. Thousands more live in or near town but travel elsewhere during the Masters because they rent their houses to Masters guests for exorbitant fees, as much as $10,000 in some neighborhoods. Some corporations rent a row of houses for clients they entertain at the Masters. One house might serve as the central gathering place for meals and parties, where a typical dinner would include four or five courses, often enhanced with a certain Southern flair.

The rental house income, which might cover a year of expenses for some homeowners, also is missing this year.

“It’s a crazy time,” said Callie Hodges, an Augusta resident having lunch at TBonz Steakhouse, another favorite Masters haunt. “There’s a lot of talk around town about the Masters, as there always is, but now it’s about who’s not coming instead of who is. Although it can be a mess around here that week and it’s not a lot of fun to live here but not get to go, still it’s pretty sad the way things have worked out with the virus.”

Mark Cumins, co-owner of TBonz, is ready for things to return to what he jokingly described as “abnormal.” In a typical Masters week, TBonz orders extra food supplies, brings in extra managers and works its staff long hours. The rewards are the biggest financial week of the year for all concerned, plus a chance to serve a prominent golfer or any number of special guests who are in town.

“It won’t be nuts like it usually is, but we’ll be busy,” Cumins said. “It’s our 35th year, so we’ve kind of become an established place where a lot of networking goes on with people from all over the world. They come from Australia, England, Texas, Florida, and they see people here that week they don’t see again until the next Masters. We stay open late. We have a really good, fun crowd.”

Cumins, who grew up in Augusta, said he typically visits the tournament a day or two “just to be out there and see what golf smells like.”

Major established restaurants in the area do well in non-virus times. For them, Masters week is seen as a big bonus.

“Some businesses depend on that week, but we’ve been around a long time,” Cumins said. “I can’t depend on one week out of the year to make sure I make a living. But it’s a great week and a lot of fun. It’s like putting the cherry on top of the ice cream sundae. Hopefully, things will be back to abnormal next year.”

That’s a wish that can be heard a thousand times over in Augusta. 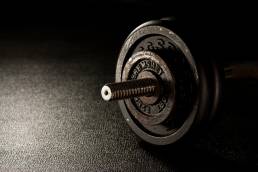 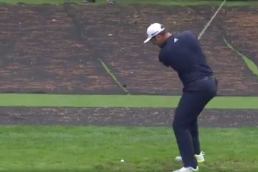 Jon Rahm Does The Unreal at Augusta – TWICE 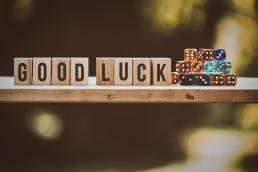 The Masters Is Here: Place Your Bets