People You Don’t Want to Play Golf With

As we look at a few of the personalities of golf partners that are annoying to play with and you disagree with the list – then you are one of the people on the list.

We all have people in our lives that we get along with because we have to. Perhaps it is somebody you work with, maybe a neighbor, or that unique family member that we have to put up with occasionally.

The difference between those people and an annoying golf partner is that you aren’t typically with those people for four straight hours with no escape. You can walk away from the annoying co-worker’s desk, or close your garage door on your neighbor’s dumb face.

On a golf course, your only recourse of getting away from an annoying person is to quit and go back to the clubhouse – which is drastic and unheard of in most circles.

Our first character is Chet. He brings with him a solid game but also the need to be better than he is and to “post a score” that he wants and not what he got.

Golf employs a self-imposed penalty system that allows players of any caliber to choose to follow the rules or not. There is no umpire, no judge, nobody really even watching your every move.

It’s just you, the ball, and your God.

Except for Chet. Nope, he doesn’t give a shit and buys into the adage – it’s only a lie if you don’t believe it.

He finds balls that have been swallowed up by the earth and fallen deep into its’ core.

“Really? I watched it be eaten by a turtle resting on the bank.”

“Not sure, he must have vomited it back up. Members bounce,” he says with a grin from ear to ear.

Chet also forgets that his playing partners are adults and can easily count to 10.

The scene: He hits two out of bounds and three putts the green.

The dialogue: What did you have? “Put me down for a six”. Ok fella.

Ironically, Chet is an accountant and doesn’t lie about his business mileage.

This joker isn’t just slow getting his clubs together out of the trunk. He is frustratingly slow ordering his drink at the bar. He is sloth-like gathering all of tee’s, ball markers, and even pulling out his driver for the first shot of the day.

Sammy is a grinder. He waits for his turn to hit his approach shot and then steps behind his ball, raises his club up into the air and stares into some distant point. He takes two practice swings and steps to the side of the ball. After an eternity, he begins his address and preparation for the PGA like shot he is about to hit.

He takes the club back slowly and stops. Checks his elbow position and readdresses the ball. A quick step away as a bird flies over 800 feet above his head and now starts all over.

I have seen somebody awarded full American citizenship in less time than Sammy hits a golf ball.

Every shot is calculated, thought about, and studied.

He reads the putt with military-like precision and a concerned look plastered on his stupid face. The putt misses by a wide margin and before the ball has even stopped 12-feet past the hole, you say, “It’s good.”

Anything to stop the madness.

Perhaps the most daunting and frustrating hole to play with Sammy are the par 5’s. He is 295 yards out from the green and casually standing in the middle of the fairway like he’s waiting for his boarding group to be called at the gate.

“I think you can hit Sammy.”

“I hate you with every fiber of my being Sammy,” I dream of saying.

Once the green clears, Sammy tops it 17 feet.

Did you know that Barry has a boat, two jet ski’s, a kid that tested out of 5th grade, and is currently VP of Acquisitions at Who Gives a Shit Inc.?

If you didn’t, then you weren’t listening at the first tee.

Barry talks a lot and has this uncanny knack of thinking for one split second that you care at all about the money he is making on bitcoin.

He thinks that your day will improve if he tells you that he had dinner with the VP of Chase Bank, played Doral for free, and arrived at the course by a literal golden parachute.

The funny thing is, Barry is seemingly a nice guy. He just has a story for everything, consistently one-ups you, and won’t stop talking even when he is hitting his own ball.

What does Barry do for a living you might ask? Well, he is in sales.

And good news, he just hit quarter bonus and is taking the family on a Disney cruise and then buying them each their own pony.

The bastard doesn’t even like golf. It’s an excuse to get out of the house, smoke cigars, and remind anybody within 60-yards that he is better than you. Barry is also the tannest man you will ever see.

But do not ask him if he just got back from vacation because you will find out soon enough. 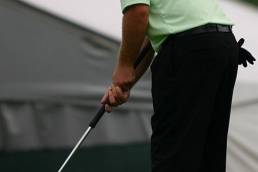 Slow Play in Golf and the #Don’tCare Movement 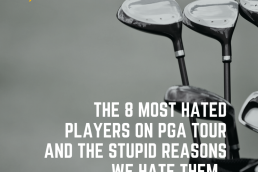 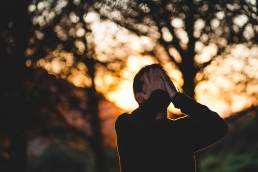