Golf’s longest day is so appropriately titled it should be a Hallmark holiday. In a modern world where so many traditions get overhyped, this is certainly worth all of the coverage. On Monday, I participated in this USGA institution as a caddie for a player of mine. On the final hole, another player in our group had a fifteen-foot putt in order to earn a spot in the 121st United States Open Championship. As the putt was rolling to the hole, the entire day hit me like a hole-in-one. With so many thoughts and emotions flooding my synapses, I took a moment and thought about just how special the golf community can be.

The US Open qualifying system is set up where anyone (with a certain handicap or lower) can enter for a chance to play in the National Championship. The number of entrants has grown over the years and now stands at over 9,000 hopefuls for just the men’s tournament. The USGA holds two rounds of qualifying due to the sheer number of people who wish to try. It starts with Local Qualifying at 108 locations all over the country.

The lowest scores at each of the local sites advance to the second round called Sectional or Final Qualifying. 814 players at ten of those twelve sites play 36-holes on the first Monday in June for 66 spots. That is “golf’s longest day.” As I mentioned, I was a part of this special Monday as a caddie for a player of mine, Will Dickson, at the Atlanta Final Qualifying.

Will was paired with a current PGA Tour player who is ranked 99th on the FedEx Cup points list and had earned about $900,000 on the PGA Tour this season. The third competitor in the group was a Korn Ferry Tour cardholder and former winner on that tour. The KFT player’s name was Rick Lamb, and he is the one facing a putt on the 36th hole to get into the US Open.

One of the coolest aspects of gaining entry into the Final Qualifying is the introduction of touring professionals into the field. Some have to go through Local Qualifying, but most with current tour cards go directly to the sectional stage. Our group started playing at 9:10 am at the Piedmont Driving Club just outside of downtown Atlanta. A sprawling five hundred plus acre facility worthy of such an important qualifying tournament. The USGA feels the Open should be as much of a test of your mind and body as it is your swing. If you watched the conclusion of the Women’s US Open this past weekend you know exactly what I mean.

I strongly considered the idea that I may be involved in the filming of a USGA/Disney film as the ball was rolling toward the hole. Rick Lamb was born in South Bend, Indiana. He was an All-American in college at the University of Tennessee. Since that time, he has played 29 PGA and 86 Korn Ferry Tour events. He’s your definition of a journeyman touring professional. A player in need of an inspirational moment in his career to propel him from that current mid-tier status.

What a group we had. Together they collected 23 birdies on the day. Rick had 12! Unlike a regular televised golf tournament, there are no scoreboards on the golf course. For the professionals, it’s like going back to junior or collegiate golf. Play the best you can and see where the scorecards fall when you come in. Nothing like the unknown in a golf tournament to inspire your play positively or negatively.

As the day continued on it was obvious, he had a chance. An opportunity to play in his first-ever Major Championship. The break on that final putt was just outside the left of the hole. It rolled beautifully end over end as it trundled toward its destination. I had watched Rick putt all day and if there was one part of his game worth watching it was his putting stroke. The putter almost seemed like it was a part of him. The causal cadence he used to strike the ball was as smooth as a swinging grandfather clock.

The US Open is going back to Torrey Pines in southern California this year. The last time it was contested on this world-renown San Diego municipal golf course was in 2008. The famous birdie on the 72nd hole to send the tournament into a playoff. “Expect anything different?” was the call we all remember by NBC’s Dan Hicks. I could hear Dan’s voice in my head when the ball was about one foot from the hole. I considered at that moment to yell those exact words. Rick would know what it meant.

I have seen countless hours of coverage of the “longest day” for years. The idea that a player could qualify and compete against the likes of Dustin Johnson and Phil Mickelson is a tremendous draw. Can I tryout to play in the NBA Finals next month? Of course not. Yet the USGA presents this dream and does a tremendous job of bringing the golf industry together as it comes to reality. On Monday there were ten different local golf associations running these qualifiers. PGA Professionals and GCSAA Superintendents were coordinating the facilities and preparing the courses. Professionals and amateurs came together to compete. Volunteers and fans were scattered about each landscape. Not everyone cannot compete in this qualifier or the women’s qualifying process, but everyone can watch and be amazed as the drama unfolds.

Our game is about stories. Real experiences that live forever in the clubhouses and tee boxes for years and years to come. As Rick’s ball grabbed the lip of the cup tightly it sped around the hole. At the last second, the speed of the ball carried it in and finally out of the cup coming to rest on the far-right side of the hole. The complete opposite side from where it originally caught the white paint coloring the inner lip. It didn’t go in. I turned away because I didn’t want him to see my reaction. Maybe he didn’t know what it meant, and my uncontrollable expression wasn’t going to be the headline.

Nearly a quarter of a mile away perched atop the hill, I could see the remaining staff and officials watching our group. Each with a similar reaction to mine. For every wonderful story in golf, there always seems to be ten tales of defeat. Rick failed to make the putt. In that moment he gave it his everything and came up less than an inch short. Respectfully, we all took our hats off and bumped fists. It was a shared experience all six of us will never forget. Eleven hours of relentless competition against nature and the rest of the field.

Rick, Will, and Sepp turned in their scorecards. Rick was in a tie for the last spot. A playoff would start immediately for the three who were tied. Four holes later on his 40th of the day, Rick made the most important putt of his life. He achieved his dream of playing in the United States Open. With tears in his eyes, he spoke to a reporter from the Golf Channel. After nearly thirteen hours of competition, Rick let the world in. The emotion of that moment captures it all. The USGA presents a goal, a pinnacle for your life’s work.

Congratulations to all of those who qualified on Monday. You have earned our respect and admiration. To those like Rick who provided us with a Hollywood-like ending, I cannot wait to see the San Diego sequel in two weeks! 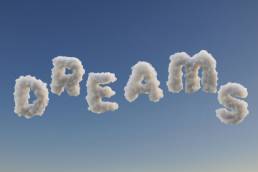 I knew I wanted to play professional golf when I was just a little girl. Now that I’m turning that dream into a reality, I’m realizing there are a… 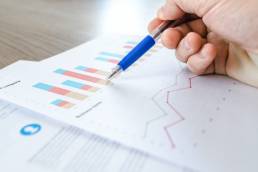 I have a few sayings that my clients will hear so many times that they’ll start to roll their eyes and predict them in some conversations. One of…

Professional golf’s COVID-19-inspired break was long, but at long last, it has ended. Golf is back, though it is sure to be back in a form nearly…